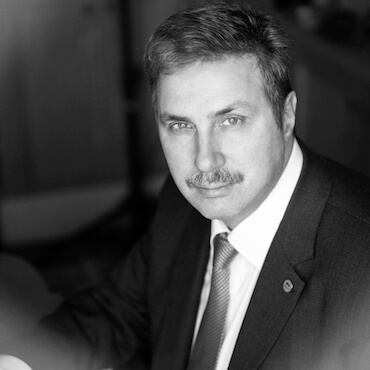 Dr. Anthony Papadimitriou was born in Alexandria of Egypt in 1955. He is a prominent lawyer and economist. He graduated from the Athens University Law School in 1977 and holds a postgraduate degree in law from the University Aix-en-Provence (France). He obtained his PhD from the Department of Political Science and Public Administration at the National and Kapodistrian University of Athens. He also holds a B.Sc (Economics) Degree from the London School of Economics. Since 1992 he is the managing partner of A.S. Papadimitriou and Partners. Since 1986 he has served as legal advisor to the Onassis Group shipping companies. In 1988 he was elected as member of the Board of Directors of the Alexander S. Onassis Foundation, on the recommendation of the then president Christina Onassis. Since 1995 he has been the co-ordinator of the Executive Committee of the Onassis Group commercial activities.

In 2005 he was unanimously elected President and Treasurer of the Board of Directors of the Foundation.

In 2008 he was accepted as Honorary Master of the Bench of the Middle Temple.

In 2006 he was awarded with the Saint Mark’s Cross by the Patriarchate of Alexandria.

In 2010 he was handed the insignia of the Knight of the Legion of Honour (Chevalier de la Legion d’ Honneur) by the French Government.

In 2012 he was awarded the degree of Doctor of Philosophy, Honoris Causa by the University of Haifa.

In 2015 he was named a Doctor of Science of City University London and also became a Member of the Modern Greek Studies at Oxford Board.

Copyright @ 2018 EquiFund.All Rights Reserved. Developed by DTMH
We use cookies on our website to give you the most relevant experience by remembering your preferences and repeat visits. By clicking “Accept All”, you consent to the use of ALL the cookies. However, you may visit "Cookie Settings" to provide a controlled consent.
Cookie SettingsAccept All
Manage consent

This website uses cookies to improve your experience while you navigate through the website. Out of these, the cookies that are categorized as necessary are stored on your browser as they are essential for the working of basic functionalities of the website. We also use third-party cookies that help us analyze and understand how you use this website. These cookies will be stored in your browser only with your consent. You also have the option to opt-out of these cookies. But opting out of some of these cookies may affect your browsing experience.
Necessary Always Enabled
Necessary cookies are absolutely essential for the website to function properly. These cookies ensure basic functionalities and security features of the website, anonymously.
Functional
Functional cookies help to perform certain functionalities like sharing the content of the website on social media platforms, collect feedbacks, and other third-party features.
Performance
Performance cookies are used to understand and analyze the key performance indexes of the website which helps in delivering a better user experience for the visitors.
Analytics
Analytical cookies are used to understand how visitors interact with the website. These cookies help provide information on metrics the number of visitors, bounce rate, traffic source, etc.
Advertisement
Advertisement cookies are used to provide visitors with relevant ads and marketing campaigns. These cookies track visitors across websites and collect information to provide customized ads.
Others
Other uncategorized cookies are those that are being analyzed and have not been classified into a category as yet.
SAVE & ACCEPT
Powered by